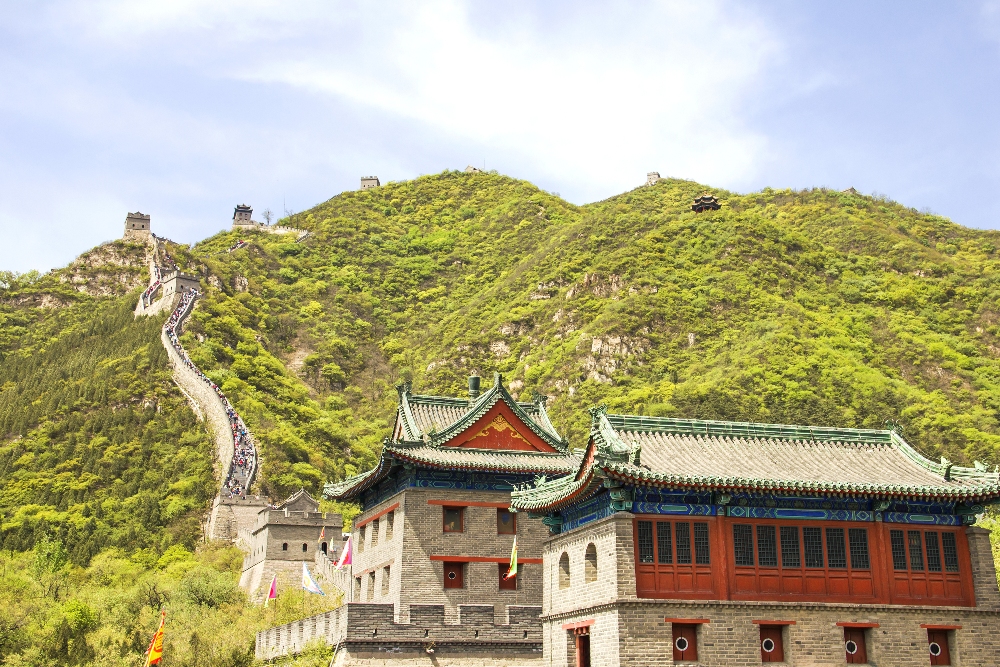 The Great Wall of China remains high on the bucket list of many travelers today, and for good reason. The wall dates back to 771 BC when it was built to exclude various nomadic and warring peoples from entering the kingdoms of China. It took more than 2000 years to build, with several dynasties adding to and renovating portions over time that eroded naturally and via wars with other peoples. All along the more than 3000 miles of wall, there are spots that travelers flock to see; however, there are three portions of the wall that are simply at the top of the list.

While cannons are not spectacular of themselves, the ancient cannons displayed at Juyong Pass illustrate the luxury enjoyed by those of the Ming Dynasty. Cannons and cannon balls were cast of pure silver, hence their preservation. This also lent itself to the wide range of shot power the cannons possessed. The cannon balls could be shot well over 1500 feet away. Several of these cannonballs were unearthed during excavations.

In the center at Juyong Pass is the Cloud Platform, also known as the Crossing Street Tower. Built during the Yuan Dynasty in the mid-13th century, the platform was constructed of solid white marble and is over 28 feet tall. At the top of the Cloud Platform are several examples of period architecture, like railings made of stone. The style of the Yuan Dynasty has been adhered to throughout subsequent renovations to preserve the structure. Through the platform is an arched doorway through which horses and carriages would pass.

This archway was decorated with paintings and carved stonework dependent on the current dynasty. Within the platform, the ceiling and the walls are covered in carvings by Buddhists who traversed the wall. One of the reliefs that have been preserved illustrates a striking attention to detail in the depiction of heavenly kings. The inner portion of the archway itself is adorned in various carvings, such as mandala patterns with various images of the Buddha and flowers, all of which are prime examples of the craftsmanship of those belonging to the Yuan Dynasty.