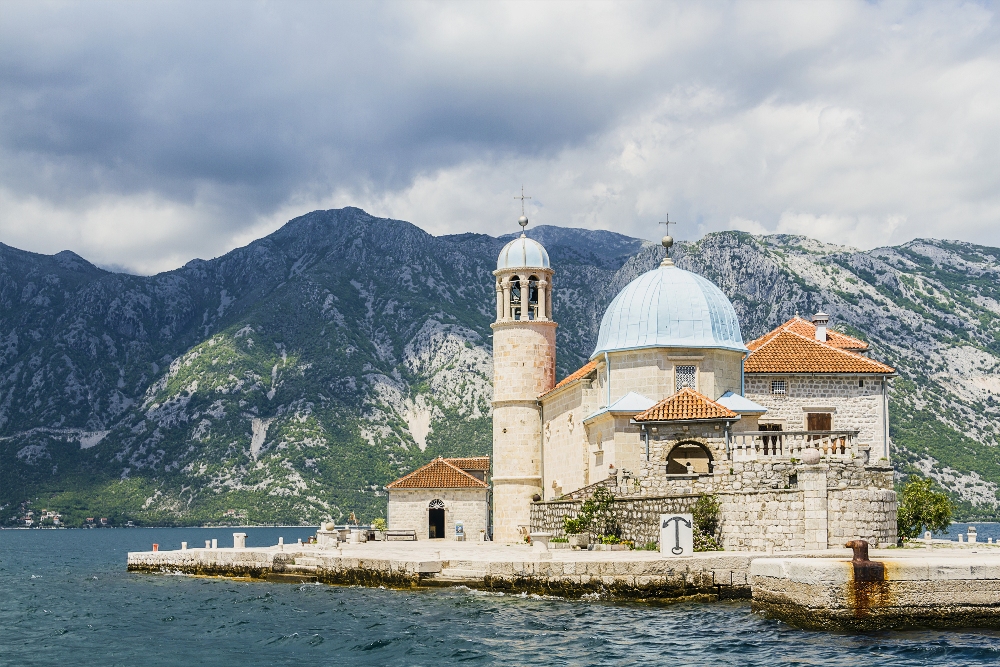 The Legend of Our Lady of the Rocks Church in Montenegro – According to stories of Montenegro history, the legend of Lady of the Rocks began in July of 1452 when two sailing brothers were fishing in the Bay of Kotor. One of the sailors were crippled. The man wholeheartedly believed he was able to make his living on the seas by the grace of, and his faith in, God. Because of his strong faith, his life that day in July became forever intertwined with the Virgin Mother. This legend is what inspired Lady of the Rocks.

The day these fishermen were sailing through was the Saturday before one of the most celebrated Sundays in all of Catholicism. As they sailed past one of the sides of a monastery from the 1100s, there was a jutting precipice. On this precipice sat an idol depicting the Virgin Mother and her baby.

Was it the sailor’s faith in God, or the potential that this idol was a treasure that could bring a fortune? That answer is lost to time; however, as their boat neared ever closer to the crag with the idol, the handicapped sailor lifted his arm up out of the boat and latched onto the idol. He brought it home with him and paid it no mind – until the following morning.

When he woke up the next morning, on this Sunday of Sundays, the handicapped sailor immediately realized two significant things: the idol he had found was missing, and he no longer was handicapped.

He immediately went to the local monastery to express his joy at this miracle, but to also tell the story of the idol he’d found. He had no proof of the idol, however, so nothing could be done but offer his prayers of thanks to the Virgin Mother for healing him.

A few short months afterward, the brothers were once again fishing in the bay and again passed the precipice on which he’d originally found the Virgin idol and, lo and behold, there sat the Virgin Mother with her baby once again. This time, he took the idol directly to the priest when they reached land, and it was decided that a small church would be built upon the precipice, which is now referred to as Our Lady of the Rocks.