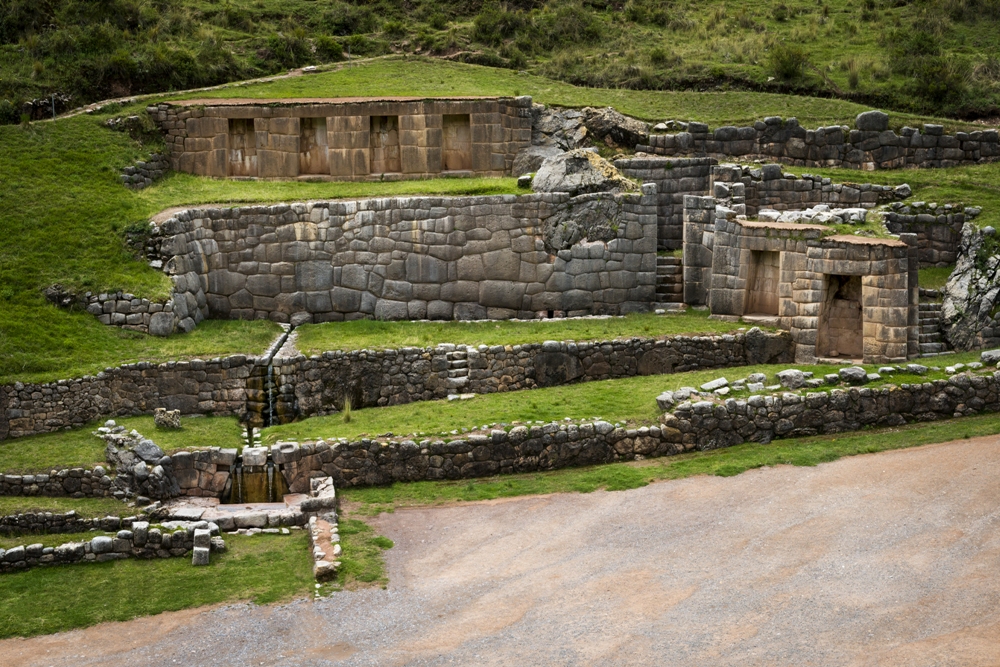 The culture of Peru is a melting pot of ancient civilizations of Andeans and the colonialism of the Spaniards. Geographically speaking, attempting to unearth another country in the world that has the amount of variation of land as Peru does is virtually impossible. Peru is mountainous, and also holds the rainforests of the Amazon. There are also deserts along the coasts, highland plains, lakes in the mountains, and forests at such high elevations they are known as cloud forests. The north of the country boasts amazing archaeological sites, and the entire country is known for its cuisines.

In the valleys between the mountains is where nearly half of all of Peru’s food is grown. Not coincidentally, these are also the regions that were terraced by the Incans in order to produce corn, potato, and quinoa crops. The seasons here are very similar to those of the Andes themselves.

Tambomachay is the quintessential Incan site, about five miles outside of Cusco, with delicate irrigation canals, precisely carved aqueducts, and several waterfalls that cascade over the terraces.

The site’s name, Tambomachay, or guesthouse cave, is derived from the Quechua language. Tampu means guesthouse; machay means cave. Like other Incan sites, no one is certain the exact function of Tambomachay; however, it is thought that it could have been a military outpost site that was designed to protect neighboring Cusco. Other theories suggest it could have been a spa-like ceremonial site for dignitaries or a water temple. Some even think it could have operated as all of the above. Of the theories, one thing that all can agree on is that Tambomachay was important, as illustrated by its large double door – a feature only found in places of great Incan importance.

Of all the theories that surround this Incan site, one even suggests it could be the ever elusive fountain of youth. Today’s Peruvians regard the site as El Baño del Inca. This theory states that this was a place Incans visited to bathe in an attempt to cleanse their minds and their spirits of any evil. According to Peruvian legends, it is said that Tambomachay’s spring hasn’t ever ran dry.