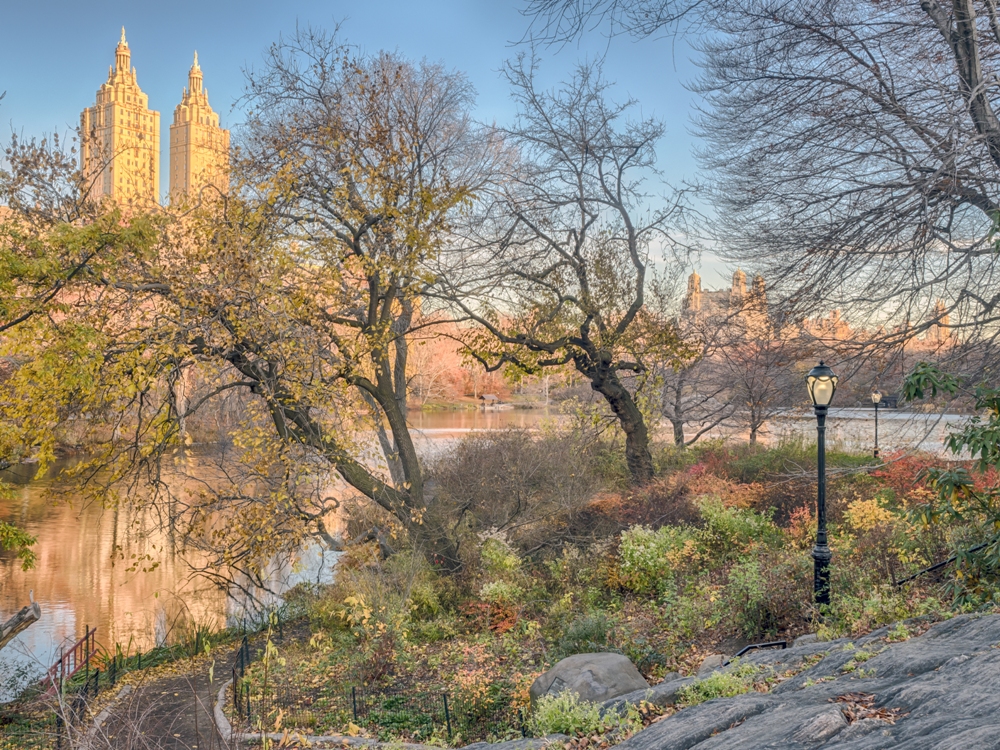 Discover Wagner Cove in Central Park – New York City, New York – Wagner Cover is a little-known treasure located inside of one of the world’s most famous open park spaces. The location itself is rather tiny in relation to the park as a whole, but its pristine location at the rim of The Lake is accented by bucolic shelter and two benches made of wood. Various tree and plant species call this area of the park home, and the area is adorned with small slate-colored boulders. The perfect spot for an afternoon date, picnic, or solitary contemplation, Wagner Cove is just to the west of Cherry Hill and just to the east of Central Park West’s entrance. Bow Bridge is just to the west.

The cove was named after one of New York City’s former mayors, Robert Wagner, who served dutifully during the 50s, best known for the disruption of the structure at Tammany Hall, which led to a stronger democracy within the city limits. Before this portion of the park was renamed after Wagner, it had been known as the Boat Landing at Cherry Hill.

If you’re thinking of tying the knot in Central Park, Wagner Cove is the ideal spot for parties with less than twenty attendees. Usually, vehicles are not permitted within Central Park, sometimes you can arrange for a cab drop-off at Cherry Hill. Wagner Cove will add an elegant allure to your nuptials, and Cherry Hill Fountain is not too far away, meaning even more photo opportunities.

Because the cove is right at the tip of the inlet, the lake view is simply stunning, while at the same time providing privacy. After your ceremony, you can choose to have your reception at a restaurant on the Upper West Side, or you can opt for a more traditional picnic function in Sheep Meadow just south of the cove. Whatever you may decide, Wagner Cove is a destination apart.