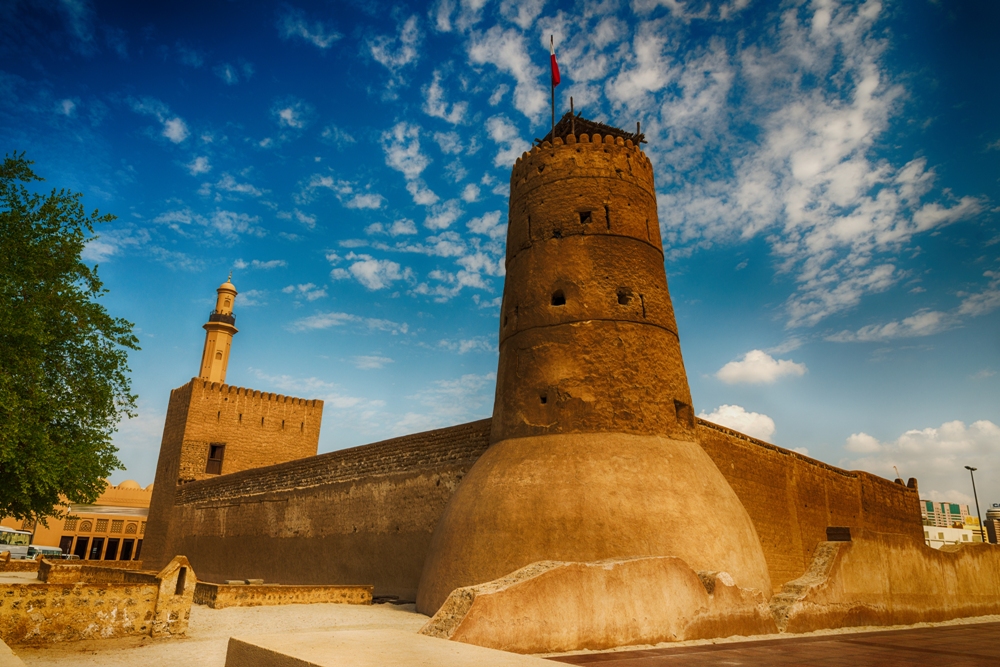 When you picture Dubai, you probably think of grand hotels and luxury dining; however, life in Dubai wasn’t always so seemingly perfect before oil was discovered in the region.

The Al Fahidi Fort, built in the late 1700s, is the building that houses Dubai’s National Museum. In the entryway are colorful dioramas depicting these early days of this region’s civilization. The museum opened its doors to the public in 1971, featuring gallery after gallery recreating historic Arabian homes, churches, Souks, and various desert animals and aquatic life. Diving for pearls was also a regional work, of which there is also an exhibit. You can see the various weights and scales the divers used, as well as sieves. There are even artifacts from African and Asian countries, in addition to various exhibits of finds from local archaeological dig sites, many of which date back to 3000 BC.

Walking through this museum, after having seen all the flash and grandeur of modern-day Dubai, is quite a sight to behold. The incredible traditions and charms of the early Arabian peoples are illustrated exquisitely, highlighting the multifaceted richness of this city-state’s history and culture. The main gate to the museum sports two cannons that were used to defend Al Fahidi Fort and the harbor it is near.

Several small boats of wood are also displayed outside, as are traditional barasti houses. Barasti houses were ancient Arabian homes that were built with an air-cooling system long before electricity had even been conceived. In addition to the barasti homes, you’ll also see ruins dating back to 2500 BC from Hatta and Al Qusais, among others.

Just as fascinating as the above are the several exhibits that illustrate the once-flourishing industry of pearl farming before there were oil discoveries. Other exhibits illustrate the lost art of silver khanjar weapons, decorations of camel bones, stone pottery works and inscriptions, ancient musical instruments, and several objects related to the historical art of Emirati dance.

Once you tire of the bright lights and big-city feel of downtown Dubai, head to the National Museum of Dubai to see where it all started.