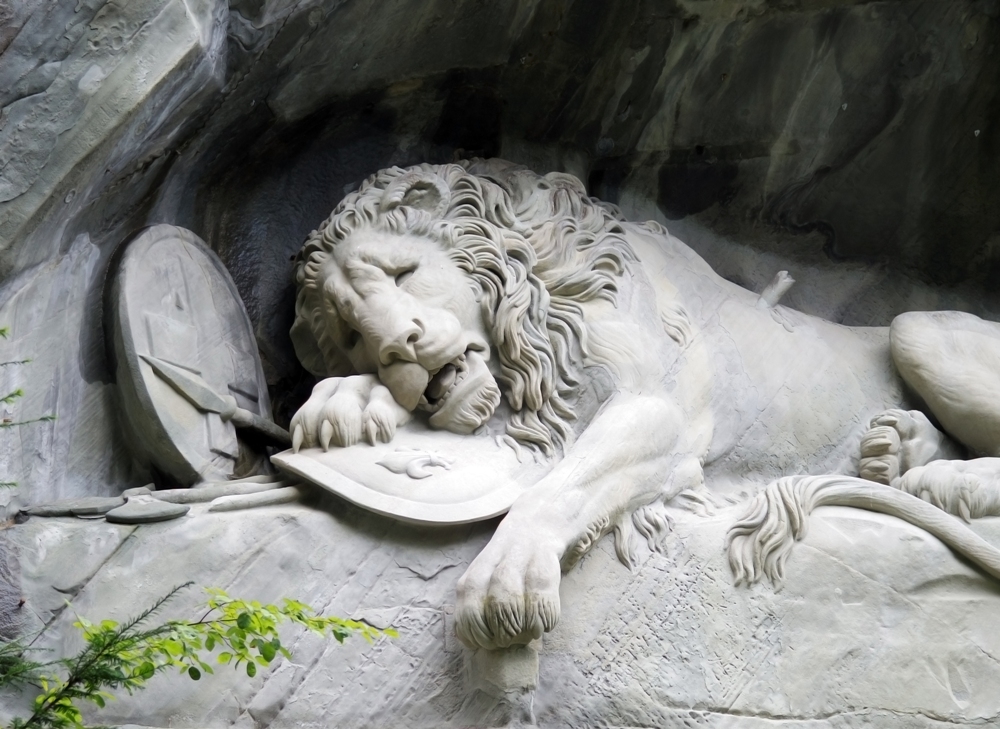 A visit to Lucerne, Switzerland is simply incomplete without a stop to view the fantastic Lion Monument of Lucerne.

The Lion Monument was designed by sculptor Karl Pfyffer von Altishofen. Altishofen lost his parents at a very early age and became an orphan. Luckily, he obtained a much-sough-after education for those days within St. Urban’s Monastery and with the Freiburg Jesuits. Afterwards, he went on to pursue a Parisian military education, in which he was promptly promoted to Lieutenant in 1787 and took a position with the Swiss Guard.

In 1792, he was on his summer vacation in Lucerne. That summer was the summer in which the Parisian Royal Palace fell under siege by the peasant folk who were enraged with Louis the XVI. Altishofen was called away from his vacation to serve during this siege along with about a thousand more of his guardsmen. That August, the Guard stormed the peasants with a strength they had never seen, yet the people wanted their freedom from the tyranny of King Louis. While the guardsmen were certainly better equipped, the people simply had more at stake, nearly destroying the Swiss Guard. Even the 200 guardsmen that were closest to the King, the Special Forces of the Swiss Guard, lost their lives that day – executed by a tribunal hosted by the revolutionaries themselves. Altishofen was spared.

In the years afterwards, Altishofen remained a soldier in the foreign guards until his return to Lucerne in 1801. It wasn’t long and he soon held a much higher position: Military Director of Lucerne. He also became a member of Lucerne’s Grand Council, and also held a position within the city court.

It was thanks to his love for Lucerne that Altishofen designed the Lion Monument with the help of Bertel, an artist from Denmark. Altishofen himself was then the president of the Lucerne Arts Society. One of his wishes for this position was to use it to pay homage to his comrades who had fallen during their time in the Swiss Guard. The Lion Monument sought to do that, and still has tens of thousands of visitors every year from all around the world.