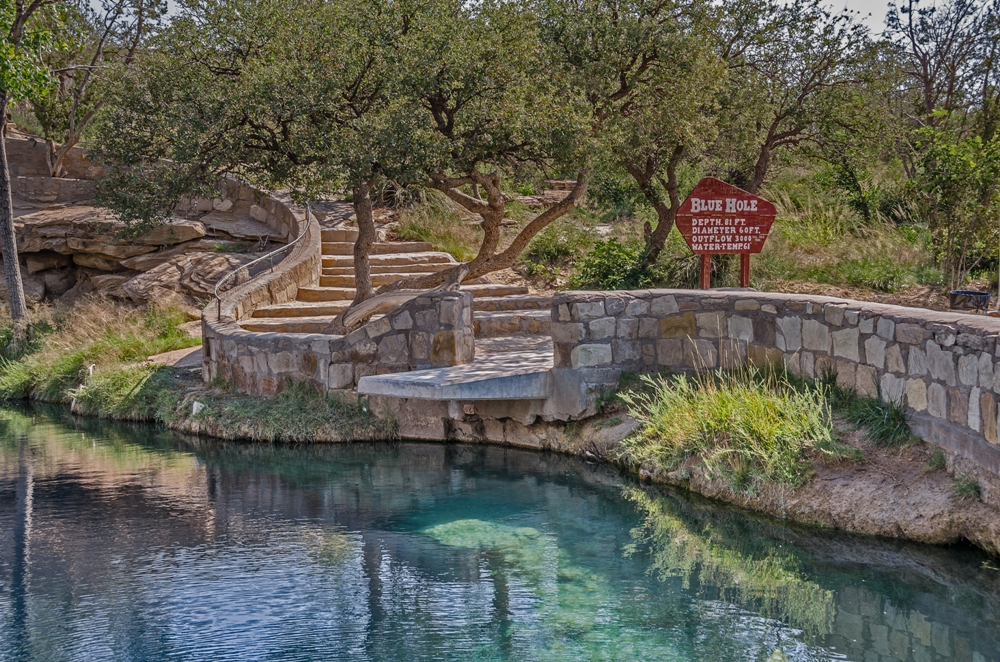 In the midst of sand and dunes in the open New Mexico desert lies Blue Hole, aptly named because it is a magnificent blue gem in the sands of Santa Rosa.

At one time, Blue Hole was known as Blue Lake. It is actually just one of a handful of lakes here that are all connected beneath the sands. Blue Hole is a defining spectacle of Santa Rosa, even as this miraculous water defies the mesas surrounding it. You wouldn’t expect to see water in the middle of the desert, and certainly not like this!

A little known phenomenon known as Santa Rosa’s sink is what gave birth to Blue Hole. The water literally is magical, as water proves to be in places like these. Throughout the ages, travelers have always sought their respite in these parts.

In the 30s, the lake was a fish hatchery, later becoming a recreation area in the 1970s, and recently it has morphed again into the expanded Diving and Conference Center. It’s not just a stop to take a rest anymore; it is a true destination. It is a fantastic place to have a wedding or a business meeting, and located exactly at the halfway point between Albuquerque, New Mexico and Amarillo, Texas, eighty percent of New Mexico is within a two-hour drive of here.

Even with all the new center has to offer, it is important not to forget the beauty of the waters themselves. For instance, the water of Blue Hole is pure and clear, and that is why the rangers work tirelessly protecting it from surface runoff and other potential contaminants. The water here is clear enough for a visibility of more than a hundred feet – this is because the water is self-renewing every six hours due to the many channels below ground that filter the water constantly. Even with the constant motion, the temperature of the water remains constant at 62 degrees Fahrenheit.

Enjoy this jewel of nature – a genuine sapphire in the rough.