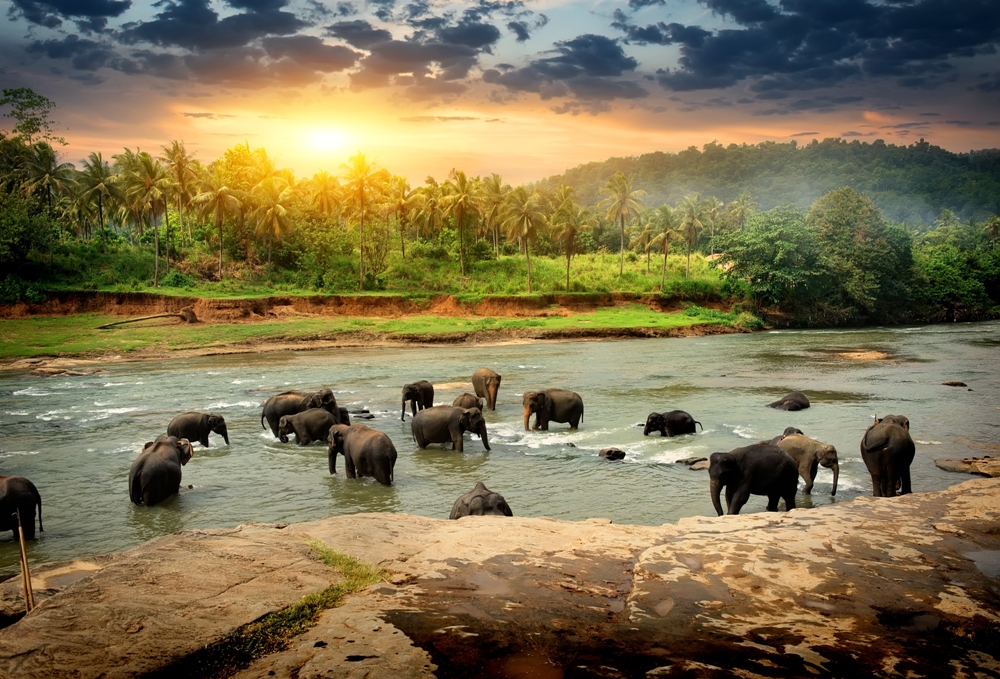 There are not many places in the world that can claim to have the number of World Heritage Sites (a whopping eight!) that Sri Lanka has in such a small region. This country’s more than 2000 years of history and culture is waiting to be discovered in the many ancient sites or temples. And the sheer amount of wildlife in its natural habitat is one of the island’s most beautiful details. The sights and sounds might surprise you, but you’ll find it pleasantly relaxing watching the water buffalo, listening to birds sing their songs, and even the squawking chuckles from Sri Lankan primates will remind you just how untouched this region truly is.

For an idyllic base camp, Kassapa (or Lion’s Rock) is perfect from which to set out exploring. UNESCO sites such as Sigiriya and Dambulla are not very far away, not to mention the serenity at Kassapa itself. Kassapa, Sigiriya, and Dambulla have been dated back as far as 200 BC.

Sigiriya, coincidentally, is also known as Lion’s Rock. This rock juts almost 700 feet into the air, a massive pillar. One of the very first kings in the region, Kasyapa, chose this place for his royal palace, building it on top of the massive column knowing it would be a natural fortress. The irrigation system at Sigiriya is a modern marvel: two manmade ponds are situated around the massive rock while frescoes decorate the uppermost portion of this Lion’s Rock. At the rock’s base are two paws of a lion which stand majestically beckoning all who wish to explore here among the ruins of Kasyapa’s palace.

The temple at Dambulla Cave, also a UNESCO World Heritage Site, is not only Sri Lanka’s largest, but also its most preserved, and including fantastic paintings and sculptures of their Buddha. Nearly 3000 years ago, this site was a key burial area, which indicates that civilized peoples lived here for several hundreds of years. The near-constant breezes which pass through here are calming to visitors, and the sight of various primates is common.