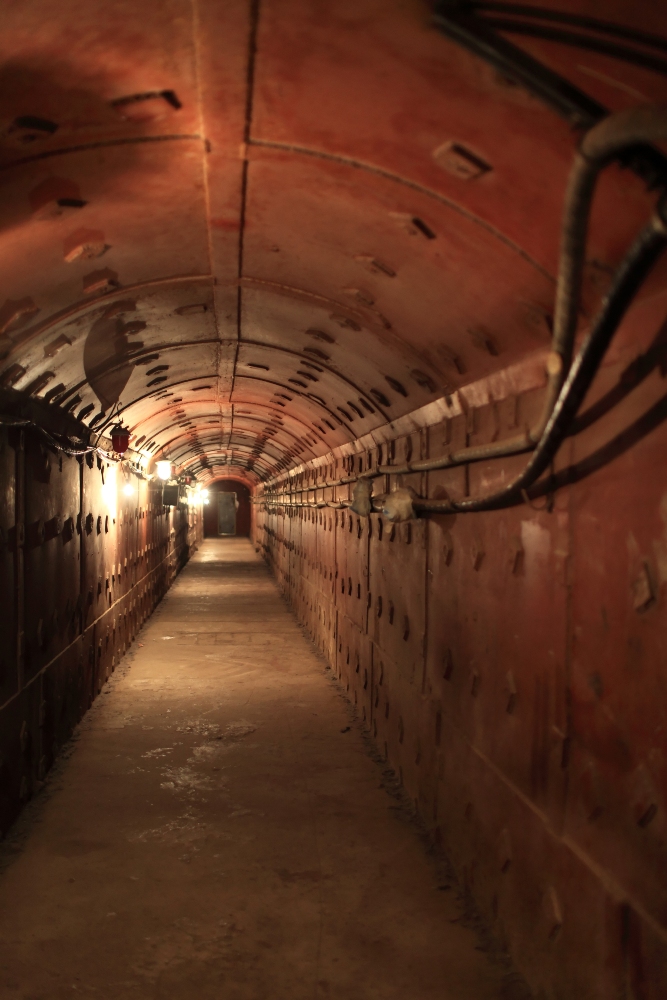 Your travels around the world are meant to be welcoming and relaxing; however, this is one tour that is anything but that. In the Vilnius Survival Drama Tour, you’ll experience what it was like to have been in the grips of the KGB deep underground.

“Welcome to the USSR.”

At the door, you’ll be stripped of your phone, camera, and money, and given a horribly-colored green coat so that you look like everyone else. (Don’t worry, your items will be returned to you when you leave. It’s all to add to the excitement of becoming a Soviet citizen for a day.)

This was a legitimate nuclear bunker in its time. As you reach the point of entry, surly guards are watching your every move. Of course, it is all an act; but, at one point in time, this was the inventive back-up plan of Leonid Brezhnev, the then-General Secretary. His idea was to ensure that, should the country’s main television stations be taken out by a nuclear event, that the government would still be able to broadcast its crucial-to-survival programming: propaganda.

In the event of a nuclear blast, the Vilnius bunker was meant to serve as a protective space, as well as a prison for criminals who were guilty of crimes against the union. Set deep in a wooded region of Lithuania, miles from civilization, the cavelike-passageways are sixteen feet below the surface of the planet. Inside, it is like stepping back in time to 1984 and the Cold War Era. Via television, audio broadcasts, and various Soviet techniques, you’ll see what it was like to be a citizen of the Soviet Union during those times.

Some of the new “skills” you’ll learn include singing the national anthem of the USSR, how to correctly run at top speed down a dark passageway with a gas mask on your face, and how to remain cooperative while being interrogated – handy things to know as a Soviet citizen.