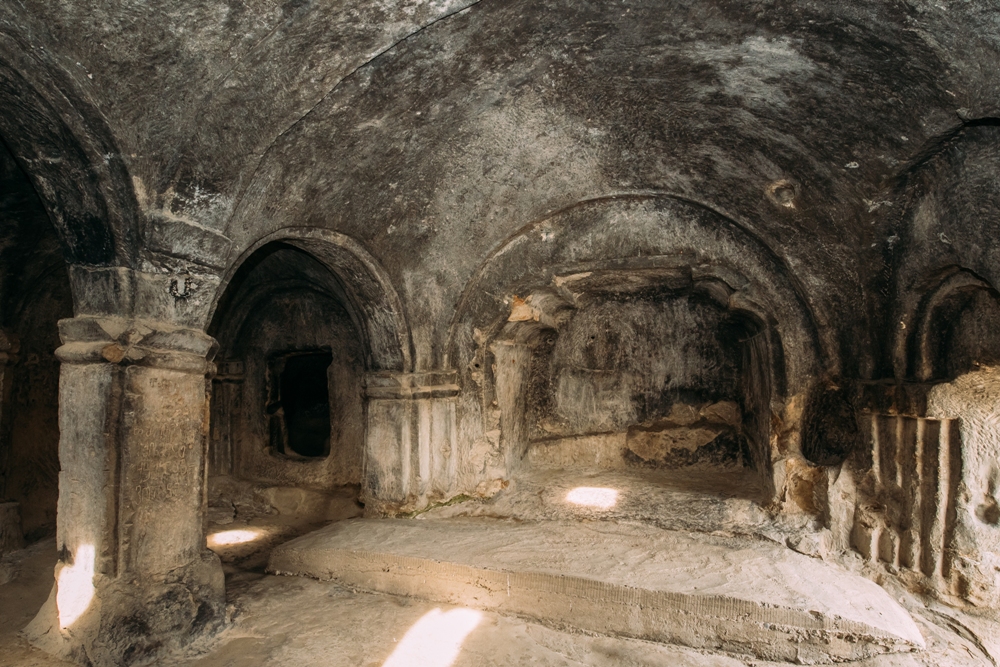 Located within an hour of the capital city of Georgia, Tbilisi, is an ancient city, Uplistsikhe. This fortress city is one of the most ancient towns in Georgia. The town’s name translates to Lord’s Fortress; however, during the height of this city’s grandeur, a local tribe leader, Uplos, is believed to have built this fortress as an expression of his power – no religious entities attached. According to legend, the town was built by Uplos’ slaves. The axes that they used for their daily work were built of iron and gold. If a slave worked so hard as to wear out the iron and leave behind the gold, it is said that the slave would then be given the gold and his freedom.

Georgia is also known as a cradle of the wine industry. This is evidenced by the many clay barrel remains found in Uplistsikhe. As explained by the locals, at the birth of a new baby, the family would fill a clay barrel with wine (known as a qvevri) and bury it on their property. Upon the child’s sixteenth birthday, they would then donate another qvevri to the church. Archaeological digs in the region have unearthed unique items indigenous to ancient peoples, such as qvevri shards, which are now displayed by the National Arts Museum of Georgia.

The city dates back from the Early Iron Age throughout the later Middle Ages. There were religious temples, governmental structures, social gathering places, and homes among the nearly 700 caves in existence at the time. Because of the scope and grandeur of Uplistsikhe, it is safe to say this city was a hub of religious, cultural, and political influence. Of the original caves, only 150 remain. The mild edifice is to blame for much of the damage; however, in the 800s, St. George’s Basilica was built on the city’s rocky cave systems – with no foundation. Having endured the many earthquakes throughout the ages, the basilica still stands in full operation today as a testament to the strong faith of the culture who called this region home. The majority of the town’s caves have been preserved in original state – astounding halls, gateways, cobblestone streets, and even secret tunnels transport visitors back to a glorious time when this city was a main hub within the country.